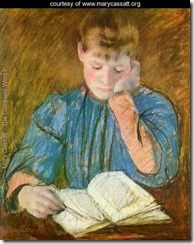 It was 1996, 20 years ago next year, and I was living in a place I didn’t like. Okay, let’s be fully honest. I detested the place. It was the antithesis of everything I wanted in a place I had to live.

I couldn’t just move. My life then was Army. An Army spouse, subject to the whims of wherever they decided to send us.

At the time, my husband had been sent to Korea for a year, with only three weeks at home in between. I was an 18 hour drive away from my family. I knew two of my neighbors and talked with them at times, and my husband’s good friend was down a couple of streets, but due to protocol, he came into the house only when my husband was home. By all rights, I was on my own most of the time. With two young children. In a place I hated. Doing a seasonal job to help pay bills that caused anxiety attacks, along with family issues back home I couldn’t be there for.

Let’s just say that when you’re prone to depressive episodes, this is a situation you strongly want to avoid.

Back in high school, I started creating a story in my head based on a “okay, but what’s behind the scenes that we don’t hear” continually burning question in my mind. The characters became very real to me. I’d been writing or creating since I was able, so it was second nature already. I only wrote one scene of it, but a whole long, involved story had formed.

Then I gave all that stuff up for college, marriage, babies, and moving.

At some point, you have to return to who you truly are inside.

So, on a very low point on a day I finally got my rambunctious, stubborn 4-year-old to take a rare nap that I needed far more than he did, I knew something had to change. That one scene I’d written was long gone – disappeared somewhere along with a bunch of other starts and letters and such in my file box.

That simple act of writing on a piece of lined notebook paper with a well-sharpened pencil snapped me back to who I was.

I didn’t stop. I filled page after page with any spare moment I had. My fingers cramped. Then my wrist got sore. The pain started to creep from my wrist up my arm into my shoulder and I finally had to stop using it for some time while my wrist was in a brace to let it rest. So I learned to write again with my left hand, as I had to do once when the same thing happened during a 20 page term paper in high school, and I kept going.

A funny thing happened. That “I can’t take this anymore” depression lifted with each page. It was a badly written story since I had no actual novel writing instruction, but at the time, that didn’t matter. It was for me. It kept me sane through very long days and nights of wondering how I’d get through the next one, through not wanting to be out among the place where I was stuck for over five years. The place that took my social phobia and exasperated it to my wits’ ends.

The act of writing that story (and it could have been any story) returned my wits.

Writing is a powerful thing. It’s soul-searching. It’s problem-solving. It’s awareness-raising. Most of all, it’s healing.

Just write it. And keep going.

You’ll be fully amazed at what you discover.


Technorati Tags: writing,therapy,journal,write the light in
Posted by LK Hunsaker at 9:39 AM

Email ThisBlogThis!Share to TwitterShare to FacebookShare to Pinterest
Labels: Write the Light In