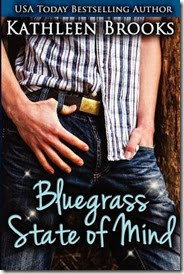 I picked up Bluegrass State of Mind by Kathleen Brooks as a free read from Smashwords. The first of a new series, it looked like a fun escape into Kentucky and its cowboys. It was a fun escape and a fairly quick read. Part of that was from skimming through all of the designer fashion descriptions of which I’ve never had any interest. I wouldn’t know Prada from Versace and it’s one thing I’m not interested in learning.

There are several things that stand out to mark this as “needs better editing,” which I try not to say. However:

1) Keeneston, Kentucky had a tricky way of switching now and then to Keenesland, Kentucky. I had to wonder for a while if they were adjoining towns since the author jumped back and forth between the two, and then there were instances I thought they were IN Keeneston and she mentioned going “back to” Keeneston (or Keenesland, take your pick). I’m still confused on that point.

2) I’m sorry, but McKenna in no way came off as a NYC attorney who had worked with the big boys club and got as high as she did. She comes off as a little princess the whole town of Keeneston/Keenesland swarms over and adores instantly, for no reason I could ascertain. A woman who has had so much loss so early (with no explanation as to how she was raised afterward) and works her way up to a big NYC corporate law firm would be far tougher and far more intelligent than Kenna comes off.

3) One week of early teen acquaintance didn’t do it for me to believe her instant “in love” with Will and vice versa. They hardly spoke to each other before they were both hooked. I can’t buy it.

Yes, I’m a tough critic, but even in a quick, fun read, believability is a must. As far as typos, I’m pretty lenient with indie works because I know it’s hard to catch them all and even big pubs don’t. But this one needed a bit more time from the author before it was released, even as a free read. Some smoothing over of sentences would be nice, as well, to get rid of the choppiness. And the dialogue… Well, not much about it was very believable.

Overall, yes, it was a fun story, although cliché here and there, and a few hours of escape where men are still gentleman. I can imagine that’s highly appealing to many female readers, as is Will, the hero, who does of course turn out to be a hero of sorts.

S. A. Williams works as a college administrator and these two short stories show his natural affinity for that age group.

In Angst, a young woman attending college away from home, a rather dysfunctional home, gets a phone call that disrupts her growing independence and makes her reevaluate her family. Part of growing up is seeing things from a different perspective and Laura finds this out quickly.

In Parable, another teenager on a precipice of life relies on a friend to help him notice his viewpoint and reevaluate his past experiences to balance them with his present.

Both stories are deep and emotional, very realistic, and well drawn. I’m not sure I would have used quite so much flashback in a short story format, but it works well enough. My must have in shorts are endings that end, so to speak, but still make you think and so don’t quite end. Something needs to change, to grow, to happen. Williams accomplishes this brilliantly in a small space. At times the writing could have been a bit smoother, but S. A. Williams is definitely an indie author to watch!

We’re book and art lovers here at Elucidate, so as our contribution to Read An Ebook Week 2014,  we’ve created a few images to use in marketing your ebooks this week! Right click and save to your computer.

(All original art is from public files with artist name along the side. Please do not remove artist names and titles!)

Email ThisBlogThis!Share to TwitterShare to FacebookShare to Pinterest
Labels: art 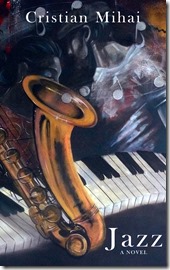 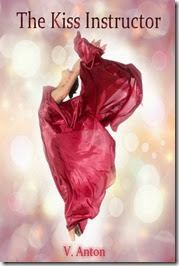 V. Anton’s debut YA novel, The Kiss Instructor, takes us inside the life of Alana Summer, a young ballet dancer dealing with a violent father and the mother she feels she should protect. Adin and Chris, both childhood friends, are always there for support, but Alana and Adin have mutual and unexpressed feelings for each other beyond friendship.

The main characters are  likeable but somewhat shallow, which makes them feel a bit cliché at times. I don’t tend to read YA so with that in mind, I also found too much repetitive description and thoughts which slowed the story, and too many choppy sentences that felt like the author isn’t quite comfortable with her craft yet. There were also too many POVs for a short novel and I think the prologue could have been removed and filtered into the story instead.

However, the second half of the book moves along better and pulled me in. I loved the imagery in the Puerto Rico setting which was missing in the first half of the book in New York. I especially enjoyed the unique character of Alana’s great aunt. Overall, The Kiss Instructor is a nice first effort and an entertaining read for a cold winter’s day.

~~ ~~
Find The Kiss Instructor on Smashwords
~~ ~~
*This book was purchased for review. No compensation was given.


Reviewer: LK Hunsaker is the author of romantic women’s mainstream fiction as well as some straight literary ventures.