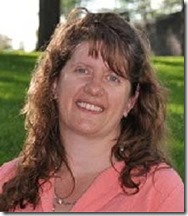 “There is no greater agony than bearing an untold story inside you.” ~ Maya Angelou, I Know Why the Caged Bird Sings

“There is nothing to writing. All you do is sit down at a typewriter and bleed.” ~ Ernest Hemingway

"The words and I will be locked in mortal combat until one of us surrenders.” ~ G-Kar, Babylon 5 - Season 5, Episode 1


LK asks the question: How did (does) writing save me? The question brought up so many memories, it's difficult to pin down just one. I will give it a go, however.

As a young teenager, writing meant little to me. I wrote only during school assignments such as essays, or the occasional letter to a family member. When I was in junior high, I had to write an essay about a famous person (I don't remember who). Uncertain how well I did, I asked my mom to read it.

Her response, “This was very well written.” I could tell by her expression that she was actually impressed, an emotion she didn't show often (her standards for her two daughters were quite high; but she also knew we were capable of it. Thanks, Mom).

I reread my essay with more objective eyes and had to agree.

Fast forward a year or two.

I hated my teenage years. For one, I was far from popular, often teased and called names. One friend even went so far to tell another friend that she didn't want to hang around me anymore because, “I would keep her from being popular.” Add to that the normal confusion that comes with being a teen – neither child nor adult, wanting more responsibility, but not, aching to be an individual yet pressured to be like everyone else, and all the physical changes that goes with it.

Communicating with speech was never my strong suit. Still isn't, which is why I avoid confrontation at almost all costs. I like to say God didn't attach my mouth to my brain properly. The thoughts in my head never come out of my mouth the same way, and as such I am often misunderstood. Frustrating to say the least. Lonely at worst, because no one knew or understood what I was going through. Not their fault; I simply had no means of expressing it well enough. Heck, I myself didn't know what I was going through. My thoughts and emotions were so jumbled and intense that I coudn't make sense of any of it.

I don't know what started it, but I began writing a journal when I was about 13 or 14. What I found after reading what I wrote, it all made sense! Especially during those highly emotion-charged moments when I couldn't give voice to why I wanted to scream, lash out or cry. Once I saw it on paper, however, I understood the why. And in understanding the why, I could push through all that icky angst, and better, know I was going to survive. How's that for an epiphany?

I still have the journals I filled up from the age of about 15-17. They're simple spiral notebooks that barely held together by the time I was done with them. I also have a notebook filled with miscellaneous sheets of paper, some torn from other sheets of tiny poems, thoughts or story ideas.

No matter where I was, even during a concert at church with no lighting, I would put pen to paper and let my hands fly. Oddly enough, some of my best poems came from writing in the dark when I had no idea what I was writing at the time.

I often miss those days.

Now as an adult with a full-time job and taking care of my family, finding time to sit and write has become more of a challenge. I don't keep a spiral notepad on hand, but I do have my iPad mini with a ZAGG keyboard. I've been caught by my boss several times furiously writing a thought on said iPad. I know. My bad.

Part of the reason writing can be torture as the quotes above say is because writers pore out everything they are into them. That includes the good and the bad, the ugly and the beautiful. Scary stuff. But as the quote by Maya said above, keeping it in is worse than letting it out.

Writing can be hell, but it can also be our salvation, often at the same time. It has for me.

All I can say at the end is thank you, God, for the gift of language. It has saved me in more ways, and more times than I can count.

Andra Marquardt works as a Land Surveyor in North Dakota, is happily married and has a young son. She writes Christian science fiction and likes to throw her opinions around on her blog at www.almarquardt.com/blog.

Technorati Tags: A.L. Marquardt,writing,inspiration,fiction,sci fi,Christian fiction,Write The Light In
Posted by LK Hunsaker at 9:47 AM No comments: